Contents hide
1 Why are insects attracted to light?
2 Do LED lights attract insect?
3 Which type of light does insects prefer, LED or incandescent & fluorescent light?
4 Should you invest in LED lights?

LED lighting is the go to choice when it comes to replacing blown fluorescent light fixtures or installing new light fixtures for your newly renovated home, office, factory and more. LED lights can be found installed almost almost everywhere you look. From your living room to outdoor garden and building facades to public roads. But the questions remains if LED lights will still attract as many insects as compared to fluorescent and incandescent lighting? Especially in suburban and rural areas, where insects are more prevalent.

Insects hovering around light fixture during the night does bring about certain discomfort and unpleasant experience for home owners, such as: 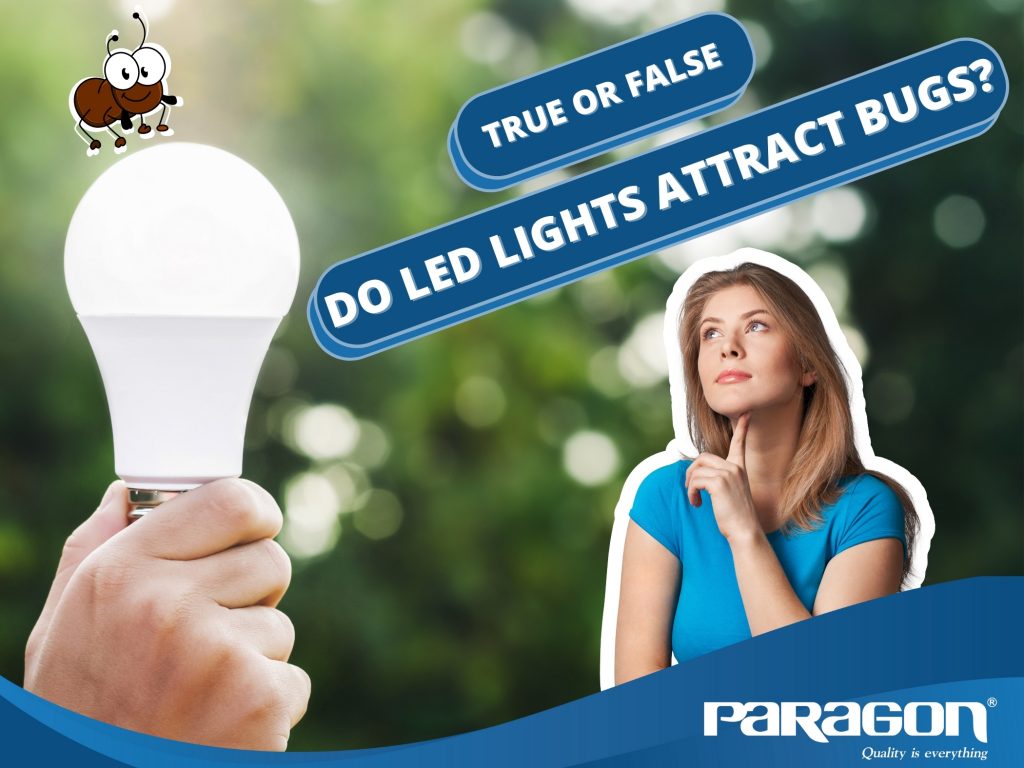 Is there a way to prevent insects from flying into the house?

Get the answers to these questions right in this article and also understand the scientific basics on why are insects attracted to light. Hope this will better prepare you in fending off a swarm of insects from invading your house.

Why are insects attracted to light?

Although scientist are not able to accurately explain why are insects attracted to light, but one of the most popular theories is that bugs rely on light sources to guide their travels and movement. Many believe that insects use natural light sources like the moon or sun to help them navigate, similar to how sailors used to rely on the stars to guide their ships. So, when a insect sees your porch light, it flies towards the source. However, if a moth or fly mistakes your porch light for the sun or moon, they can become easily confused and start to circle around the source. 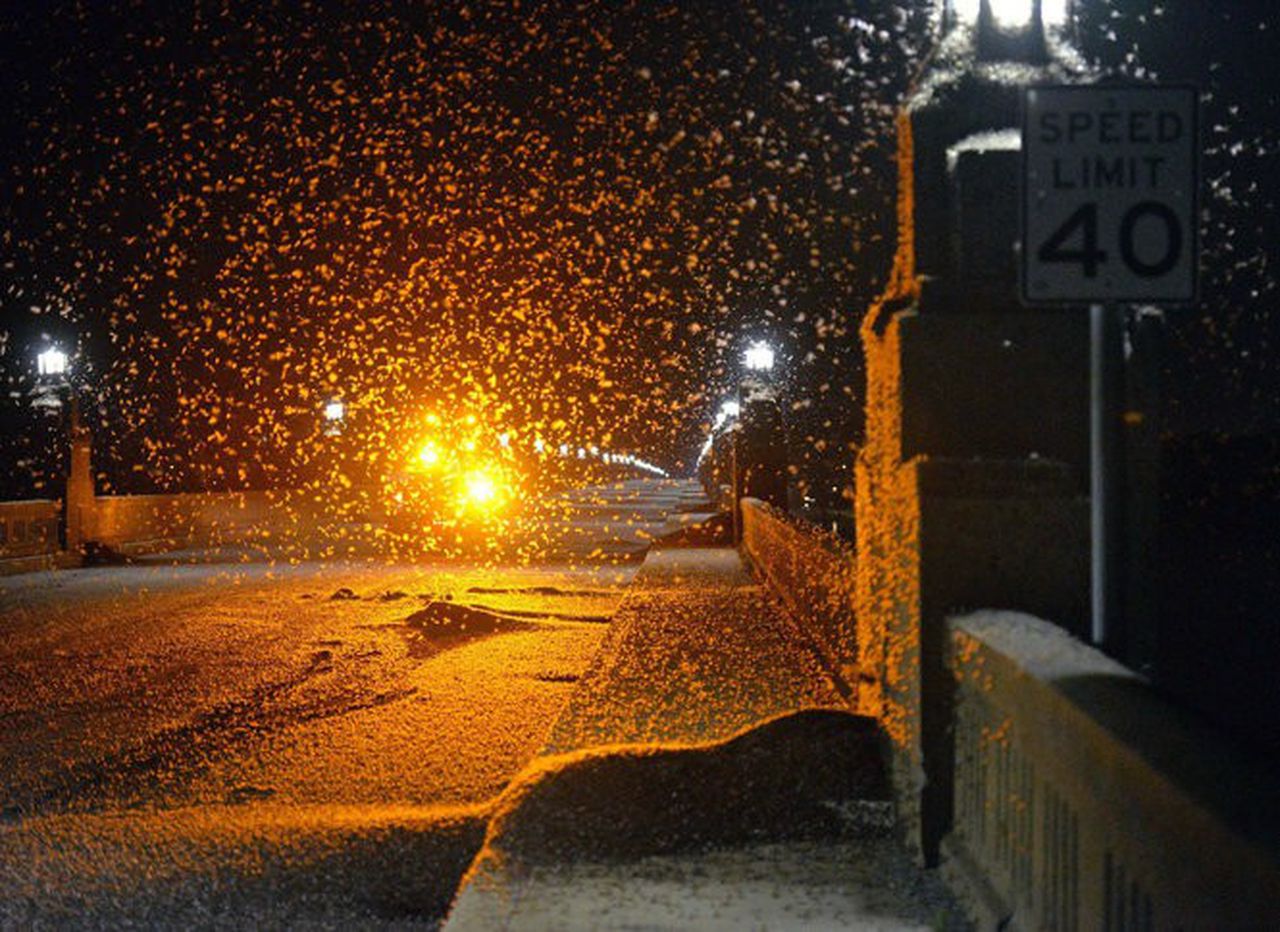 In addition, it is also said that many flying insects at night are attracted to light bulbs because they give off heat. Haven’t you noticed the sheer amount of mosquitoes and bugs hovering around hanging bulbs outside and just chilling off? They’re just enjoying their time like you do at the beach. These insects were attracted by the heat in a cool night.

Technically, LED lights do attract bugs. However, based on what we’ve just discussed, any light that may look like the moon to a bug will attract it regardless of the type of bulb being used.

Because LED lights are cooler than other types of lightbulbs (meaning they don’t get as warm), bugs aren’t as attracted to them in general. However, many LEDs are quite bright and do emit that cool white, blue colour that bugs love, so they care about this aspect much more.

Bugs will only pay attention to this if you just leave the light bulb exposed to the outdoors. If you have a cover or casing over the light bulb, the bug likely won’t be as attracted to it.

The light won’t be quite as bright in a case and may look a little less like the actual moonlight. You can choose a case with glass or plastic that has a tint to it also so that you can control the look of the light without choosing a different bulb altogether.

In addition to that, LED lights don’t emit ultraviolet light, which is something else that appeals to bugs.

If you choose an LED light that has a longer wavelength, which we discussed above, you won’t run into these issues either. LEDs come in a range of options, so you can easily find some that will work for this specific purpose.

It’s important to note that there are no specific light spectrums that will completely repel bugs. Every spectrum has some type of bug that loves it; however, if you want the fewest number of bugs possible, the longer wavelengths are what you need to look for in your LED bulbs.

Which type of light does insects prefer, LED or incandescent & fluorescent light?

Bugs don’t actually care about the type of bulbs you use. They care about what the light looks and feels like.

If you’re looking for lights that attract bugs the least, you need to pay attention to the colour spectrum of light the bulb emits and the heat it emits. These factors are much more important than what type of bulb it is.

However, if you don’t want to spend the time doing that type of research, simply go by what we’ve said before: bulbs with longer wavelengths attract fewer bugs overall.

Because incandescent light bulbs also produce that heat that bugs like, bugs are naturally just a little bit more attracted to those options rather than LED bulbs.

Should you invest in LED lights?

Ultimately, does insects still hover around after changing to LED lights?

No one can say for sure. However, you can be assured that after changing to LED lights you can immediately feel that the room is cooler and also see a decrease in your next electrical bill.

Get the correct LED light for your home today. Should you require further assistance, do send us a message and we will be happy to answer your queries.

LED RECESSED DOWNLIGHT – HOW LIGHT CAN BE BETTER?

LED RECESSED DOWNLIGHT – HOW LIGHT CAN BE BETTER?

What is a Recessed Wall Light and its applications

What are Exit & Emergency Lights?
Paragon © 2021 all rights reserved